London-based director Abbie Stephens sidestepped into film from a graphic design degree, following a stint creating motion graphics for Vice. Her background still plays a huge part in her approach to film-making – her shorts are full of bold shapes and colours, visual metaphors and a penchant for the surreal. She’s signed to production companies Colonel Blimp in the UK and Solab in France, and through them has recently created cheeky ads for liqueur brand Chambord and Air France as well as dreamlike music videos for bands Stealing Sheep and All We Are. Working with a team of inspiring creatives is one of the highlights of her very collaborative role, but given the intensity of the industry, switching off can be a challenge – as can managing the quiet periods between projects. 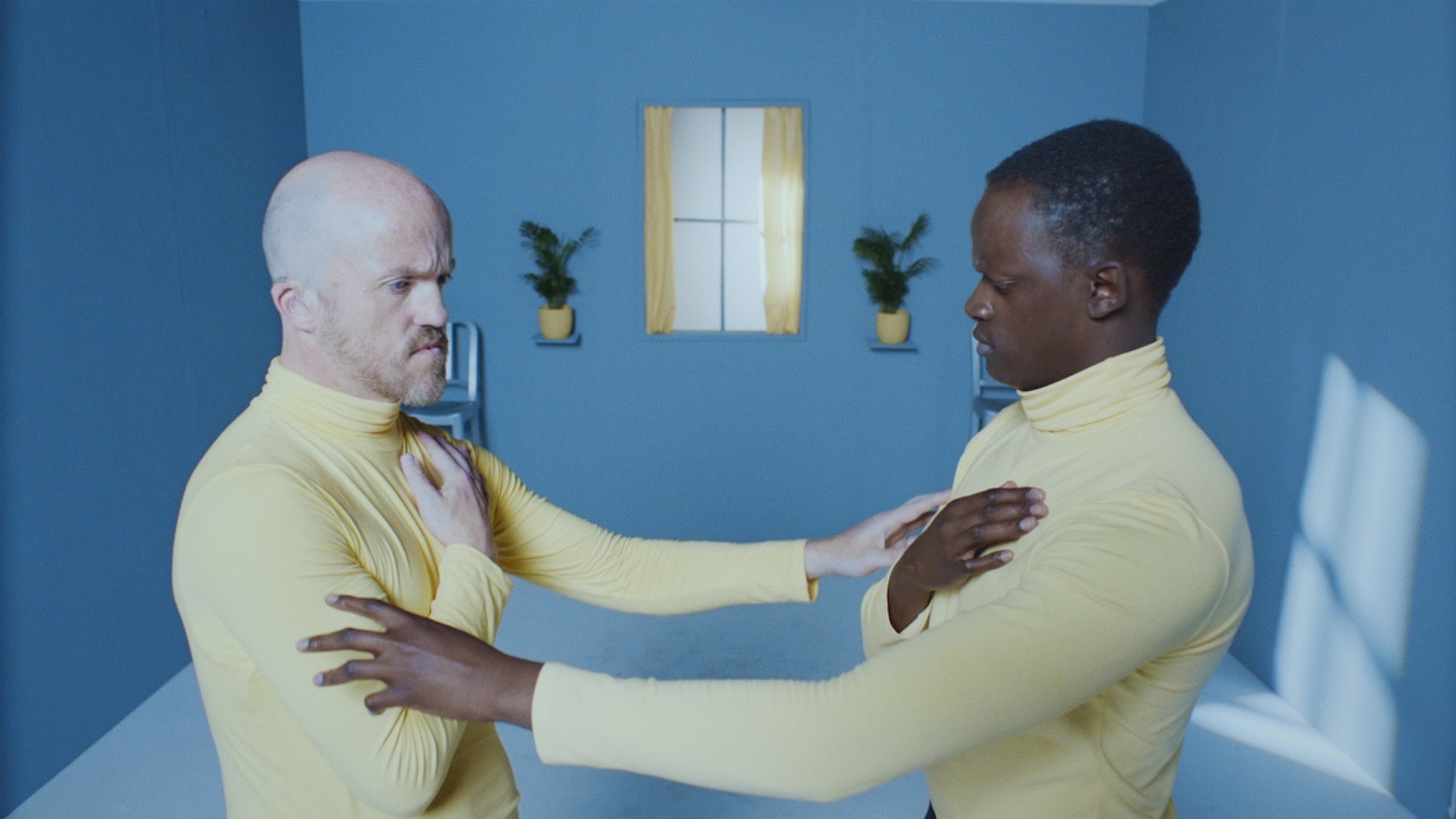 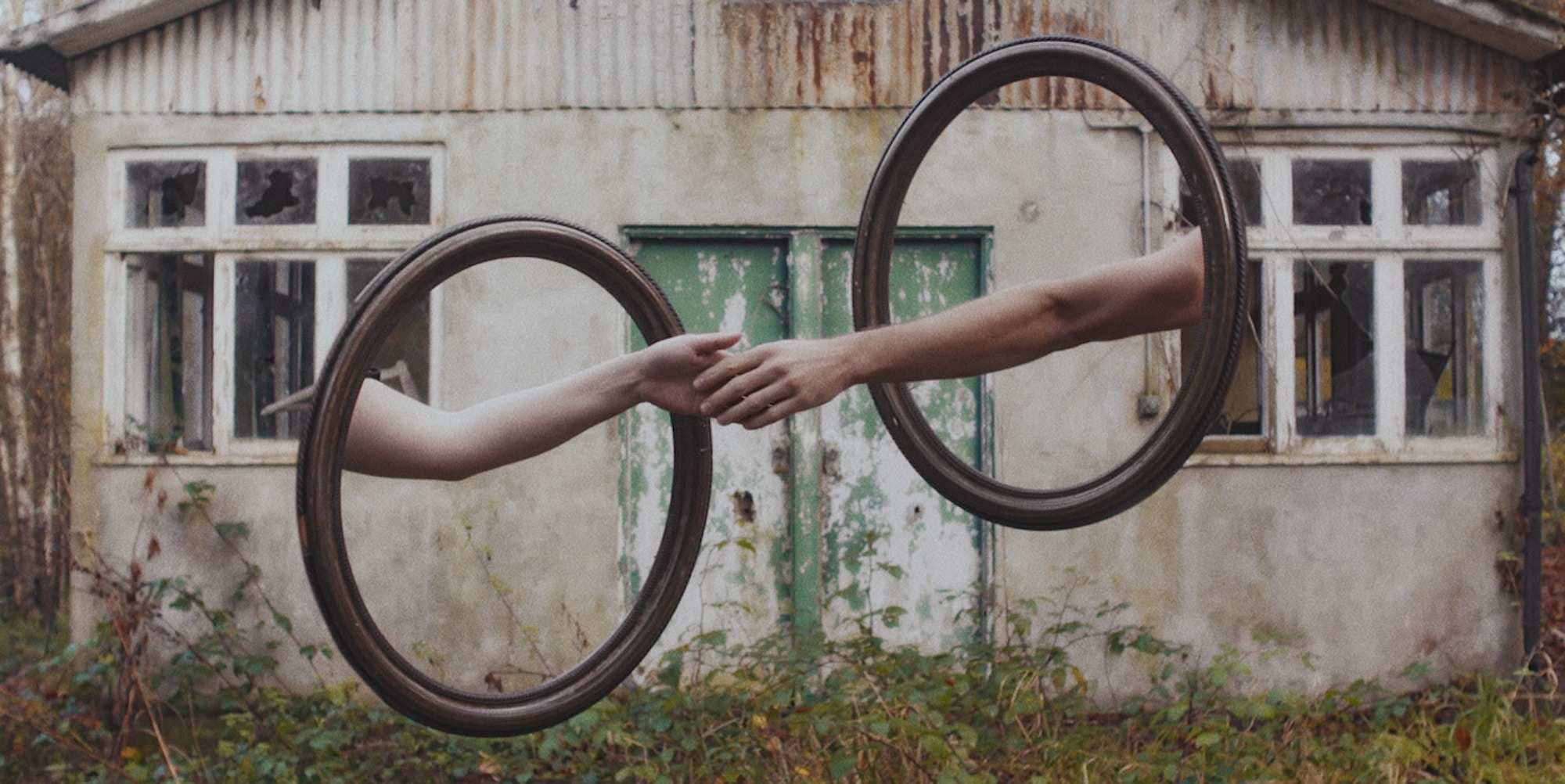 Still from Keep Me Alive, music video for All We Are, 2014 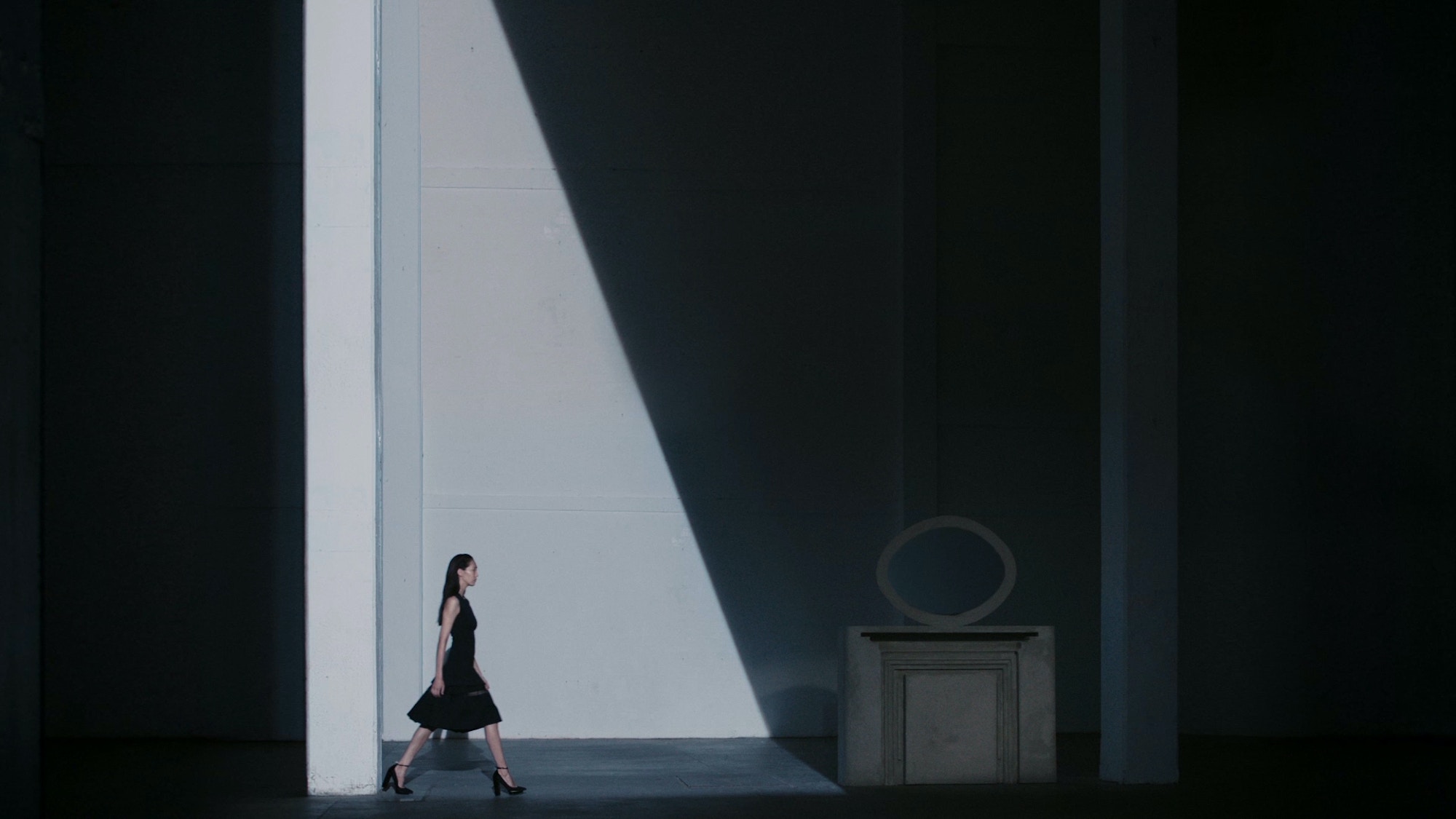 How would you describe what you do?
I’m a director, working on music videos, commercials and short films. For commercials, everything starts with the creative agency, which prepares a brief in collaboration with the client and then presents it to three directors. Each will write a treatment to express their take on the concept. For music videos, there could be any number of directors competing for the job, and the brief is often a lot less specific. I start a project by outlining the concept that I want to explore, although sometimes that comes from the brief. Writing a treatment is a skill in its own right. I will look around me for inspiration, thinking of original ideas that I can use to bring it to life in visual and captivating ways.

When comparing treatments, the agency will look at the idea, previous experience that shows that the director is a good match, and the ability to produce the video on budget. After winning a job, production starts and I will storyboard the vision while building and briefing the team. The shoot day is really intense and fast-paced. Every shot has been planned and we run on a tight schedule. My focus is on keeping the vision clear. However, there will be plenty of unplanned ‘magic moments’ that, when embraced, often end up bringing something fresh to the film.

After the shoot, I immerse myself in the footage, and translate it in the best possible film. I spend my time working on the post-production: edit, grade, visual effects, music and sound. The agency and the client are kept up-to-date at every stage, and once the film is approved my job is complete.

What does a typical working day look like?
Every day is different, which is one reason why I love my job. When I am on a project I often work weekends, but I don’t mind putting in the hard work to get the best results. Preparing a shoot is intense and things tend to slow down in post-production.There are times when I have a lot of time in between jobs, which I spend mostly developing ideas. It’s hard to manage your time being a director as you never know when the next job will come in, but I prefer the freedom and flexibility to the monotony of a nine-to-five. Projects can vary a lot in terms of creative freedom, from open briefs to very developed ideas. Budget will also impact what is achievable.

Where does the majority of your work take place?
Sometimes I focus best when there are a lot of people collaborating and exchanging ideas so being in the office at Colonel Blimp is great. Other times I work best in the dead of night when there are no distractions.

“Often people decide whether you are right for their project based on your previous work, so it’s important to make work that you feel represents you.”

How do your projects usually come about?
I’ve been signed to Colonel Blimp in London since 2015 and Solab in Paris since 2016. These production companies take my work out to creative agencies to get the word out. I also get exposure through websites, talks and screenings. Often people decide whether you are right for their project based on your previous work, so it’s important to make work that you feel represents you. I’m currently working on some personal projects that focus more on narrative and character development, which is an aspect of film that I really enjoy and I want to pursue in further work.

How collaborative is your work?
Very collaborative. At the beginning I collaborate with the creative agency or the band. When on a job, I work closely with the art director, director of photography, producer, stylist, hair and make-up artist and 1st assistant director. As a director it is also my role to choose my team. Picking the right person for the job is as important as casting the right actors, and has just as much influence of the final film.

What are the most and least enjoyable aspects of your job?
The least enjoyable moment is losing a job that I’ve set my heart on. The most rewarding aspect of my job is seeing a creative idea develop from concept to final film and releasing it into the world.

What skills are essential to your job?
Everything revolves around creative vision. It’s really important to come up with fresh ideas that fulfil the brief while being true to your creative voice. You also need to be able to build the right team to deliver your vision and be able to communicate it clearly with them (and the client). Allowing the team the space to add their own expertise to the project is also important – a director should keep everyone inspired and engaged.

What tools do you use most for your work?
My laptop is a MacBook Pro. On my personal photography projects I use a Canon 5D, and professionally I generally shoot on an [Arri] Alexa. In terms of software I use Photoshop, After Effects, Final Cut, Capture One, InDesign, Lightroom and Premiere.

Would you say your work allows for a good work-life balance?
I believe directing is one of those jobs that becomes part of you. Even in my down time, I am thinking about ideas and taking inspiration from the world around me – you never know where the next idea will come from.

“Even in my down time, I am thinking about ideas and taking inspiration from the world around me.”

What did you want to be growing up?
Growing up I went to a very academic school and jobs in the arts were not really encouraged. A friend of mine told me about Central Saint Martins and I was captivated at the open day. During my graphic design degree, I did a lot of screen printing, bookbinding letterpress, animation, film and photography, and eventually decided to specialise in film. Even then I didn’t know what exactly a career in film might look like for me.

How (if at all) is the subject you studied useful to your current role?
My background in graphic design affects the way I approach film-making. It informs a lot of my visual aesthetics, from colours to patterns and composition, and I also love playing with visual metaphors in my work. It’s important to me to to be able to sum up the idea in one sentence. When a film is grounded in a strong concept, the realms for playing are infinite.

What were your first jobs?
I was headhunted at my degree show and was offered an unpaid three-month internship at Vice, which turned into freelance work as a motion graphics designer for following two years. I left Vice to pursue a career as director and at first I was still doing some motion graphics as a day job, and spending the rest of the time pitching on music videos. The first few years were really hard, it’s a tough industry to break into, but perseverance prevails.

Was there anything in particular that helped you at the start of your career?
During my second year at university, director Ross Cooper gave a presentation on his work that really inspired me. I started assisting him and his co-director on a few pitches and music videos. It was a great way to get an inside look into the industry. I even ended up shooting stop frame elements in a couple of their videos and in a commercial. Great experience so early on in my career. Also the encouragement and critique of Antoine and Zammir, founders of EatSleepWorkPlay and now art directors at Apple, really pushed my own work and made me excited about the future.

What’s been your biggest challenge?
I didn’t used to be particularly comfortable with presenting ideas to big audiences and this is something I have worked on to improve. Developing my ideas thoroughly and over-preparing for a meeting makes me more confident and helps me present well.  On the flipside, I used to think I needed to have the answer to every question. I have now learned to be comfortable with saying I haven’t had time to resolve an idea yet. This has also helped reinforce an honest relationship between me and my team.

“When a film is grounded in a strong concept, the realms for playing are infinite.”

What would you like to do next?
My ultimate goal is to shoot feature films. For now I want to keep exploring ideas and shoot short films to develop my style and voice. I am also interested in working with bigger budgets in commercials and music videos.

Could you do this job forever?
Yes. I imagine it will develop and evolve as my interests and directing style changes, but I love being behind a camera and I am never going to run out of stories to tell.

What advice or recommendations would you give to a young creative wanting to become a director?
Try to understand as much of the process as you can, from editing to art direction, and production to visual effects. Part of your job as a director is to curate the team that you work with; it will benefit your work to understand their skill set and help you select the right people for the job. Make sure you can support yourself when you are out of work, or pitching on jobs. Worrying about money can be hard and has stifled my creativity in the past. Consider freelancing while working towards your big break. Also find people that can help or inspire you, whether a group of friends, a community, or someone already working in the industry.

“I get to colour in pictures for a living. That’s pretty good!” Meet Film and TV Colourist, Scott Ferguson