Having graduated from Berkshire School of Art and Design in 2001, documentary and portrait photographer Nick Ballon has since built a rich and impressive portfolio, counting the Financial Times, The Guardian Magazine and the New York Times among his clients. While his studio is based in London, he has made Hastings his home, where we caught up with him to discuss the journey behind a commission for Maharam, one of North America’s leading textiles creators. The result was an extensive collection of intriguing images documenting the company’s leather suppliers, shot in the space of a week across Northern Italy.

1 month: April–June 2016
1 week for the shoot (editing was carried out over most of the summer)

Create a set of 30–40 images documenting Maharam’s leather-production facilities and their processes, to be used as part of an internal document for the company’s clients and team.

Maharam have been around for over 100 years as a textiles company, but they hadn’t ever produced a leather range. Since the company is so large, they wanted to help their staff understand where it’s made and manufactured and the processes involved. Rather than doing something very dry, they wanted to commission something like a photo essay based on my interpretation, but they have since also used the images on social media and various other places.

The shoot was to be carried out in Northern Italy, so they were looking for somebody local-ish (in Europe). I think they approached me based on the work I’d done in India for the New York Times. It was definitely one of those dream jobs because Maharam is super-creative; they’re very used to letting their designers have the space to help their process. They wanted my photos to be my interpretation of leather, giving me free reign in these tanneries to document the processes, production lines and the manufacturing of the leather. 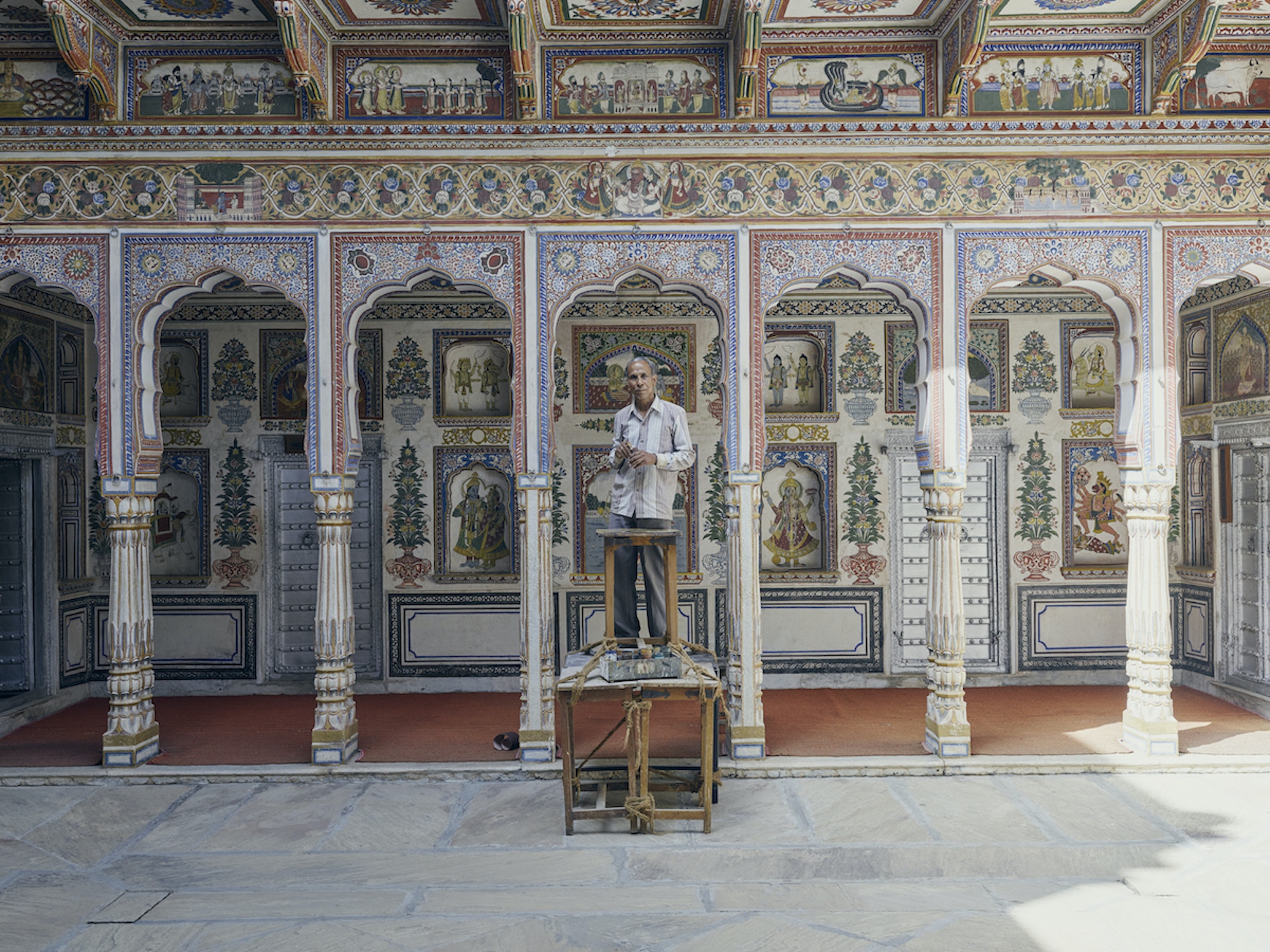 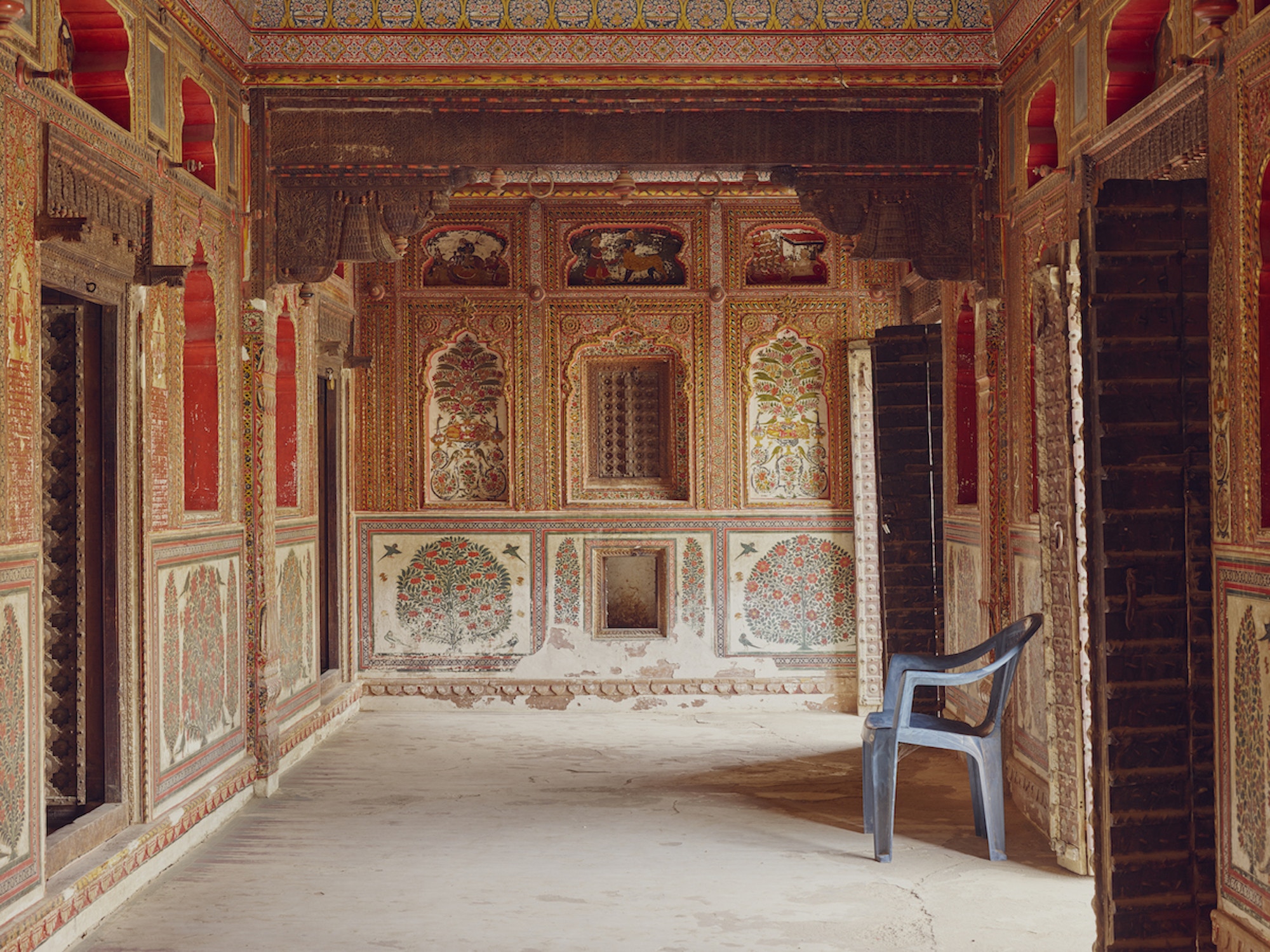 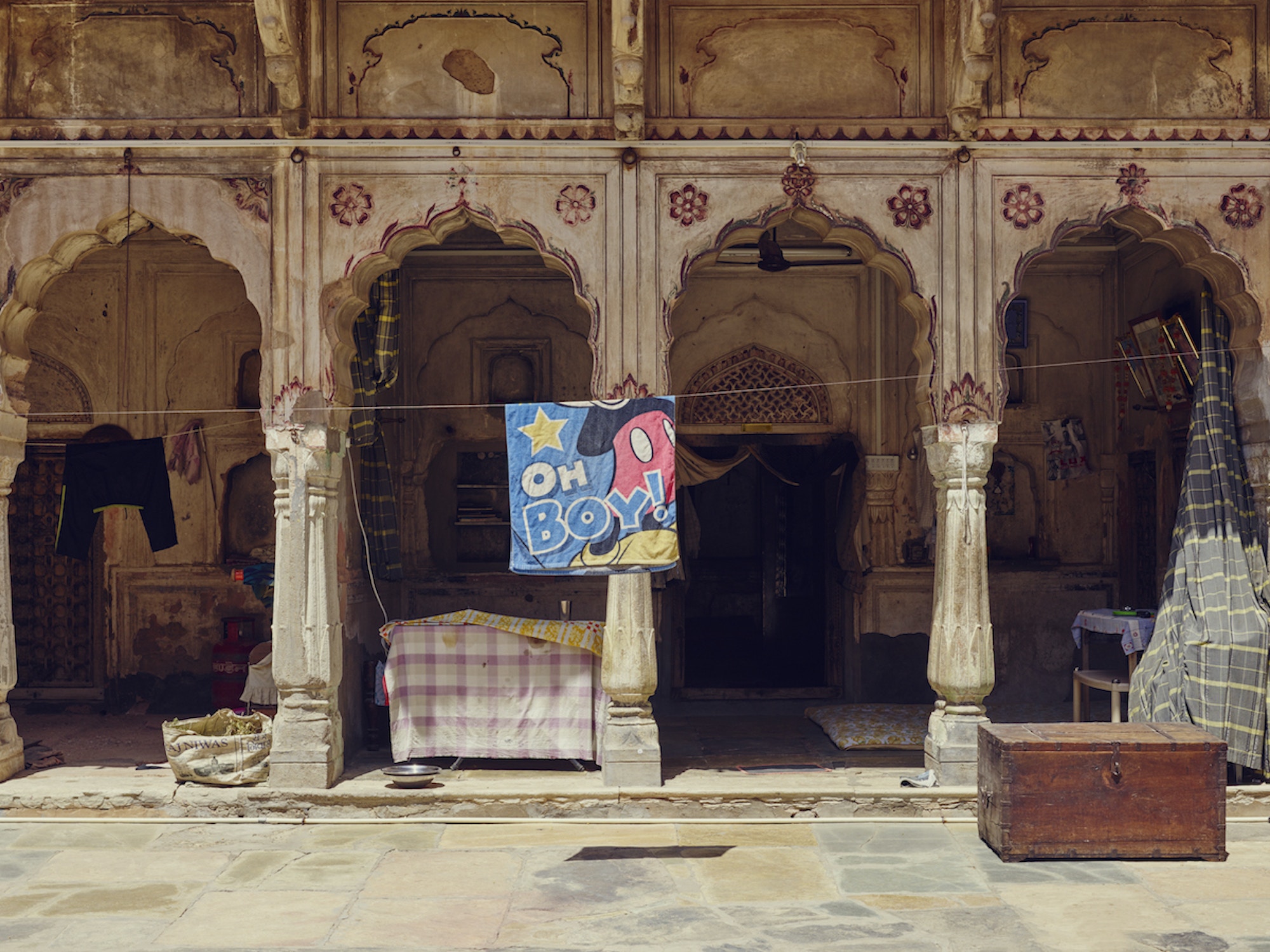 The brief was stated as bullet points, and was open to interpretation (when I say it was one of those dream briefs, I mean there wasn’t much of a brief at all!) My agent, Sam, at Blink Art deals with the financial and usage parts up front. She pulled all the production elements together before I went, and made sure I had a brief. She had negotiated and worked out how many shots we should be supplying at the end. This allowed us to ensure we approached it properly.

I’ve done a handful of projects before in factories and with manufacturing processes, so I understand the way these things to tend to work – they have a very specific schedule to produce and get these things out so stopping the production line is normally quite hard. What I always find is that if you plan ahead and put too many demands on these factories and companies, they tend to clam up. But the moment you get there, you meet them, you sit down, you talk about what you’d like to do, and the stress goes away. You can get exactly what you want by not creating too much of a situation at the beginning.

“Maharam is super-creative; they’re very used to letting their designers have the space to help their process.” 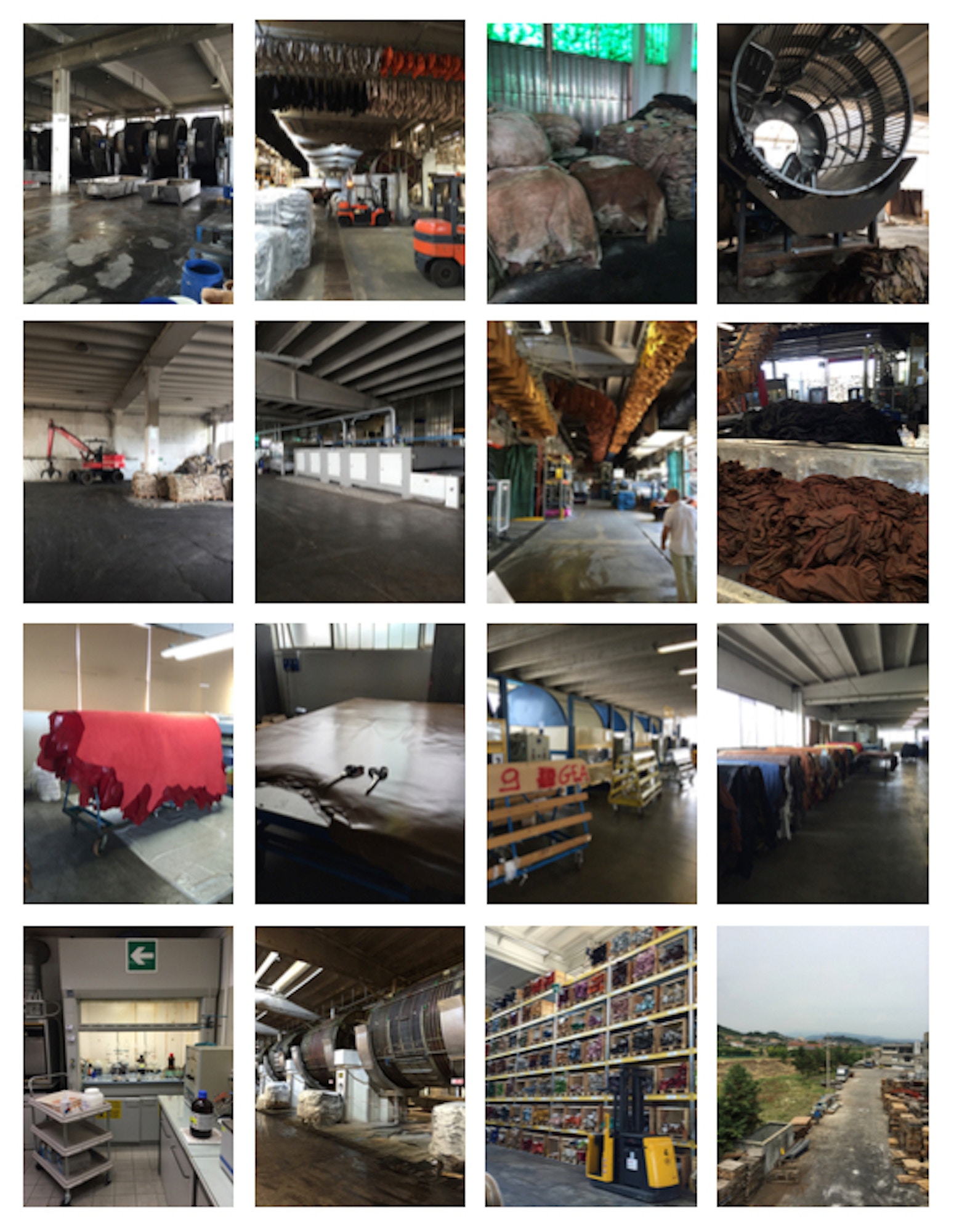 A page from Maharam’s brief for Nick, which included images of the facilities for reference

The shoot itself took place over the course of a week, and there were a fair few tanneries to visit, all working on various stages of production. We would be there when the factory opened every day. When the workers disappeared at lunch they would leave me with these great empty spaces to shoot. It was early summertime and they generally finished work at 3.30pm.

It was an unusual job in that I did all the shooting and the post-production by myself. Normally I have an assistant, but this was the sort of job I didn’t need one for. I shot on a medium format digital camera (a Phase One IQ 250) – generally I have to use a tripod and slow myself down to take the pictures, as it’s a bit more laborious, especially without an assistant. I took some location flashlights with to cover myself in case of terrible weather or limited natural light, but the light was beautiful.

“The client wanted to create a freeness to be able to photograph things as they happened, ensuring I had captured the story, rather than feeling the pressure.”

During the shoots it was me, a camera, a tripod, and the client – I was working directly with the design director. There was also a leather consultant who had been helping Maharam to pull the right leather tanneries together, and then there was somebody from their quality control department, to help us get our heads around the more quite complex details.

One of the great things about the shoot was that it could have been squeezed into maybe two, three days to be tight on the budget, but it was spread over a week. The client wanted to create a freeness to be able to photograph things as they happened, and allowed enough time and breathing space to ensure I had captured the story, rather than feeling the pressure. It was also a very immediate process – since the client was there, they could answer any questions on the spot. If I didn’t capture something in time, I could go back and ask [the team at the tannery] to recreate something for me. I love working that way, and I’ve been looking for similar projects ever since!

I had at least a month to turn around the retouch work, and they wanted to have a realness to the places, so it was a very light retouch. Maharam had concerns about their competitors finding out which tanneries they were using, so I had to remove some branding, but the rest was making the story work together. Because we went to different facilities, they obviously had very different lighting – some were very dark, some were very light, so I balanced out the colour and contrast so they looked good as a complete set. 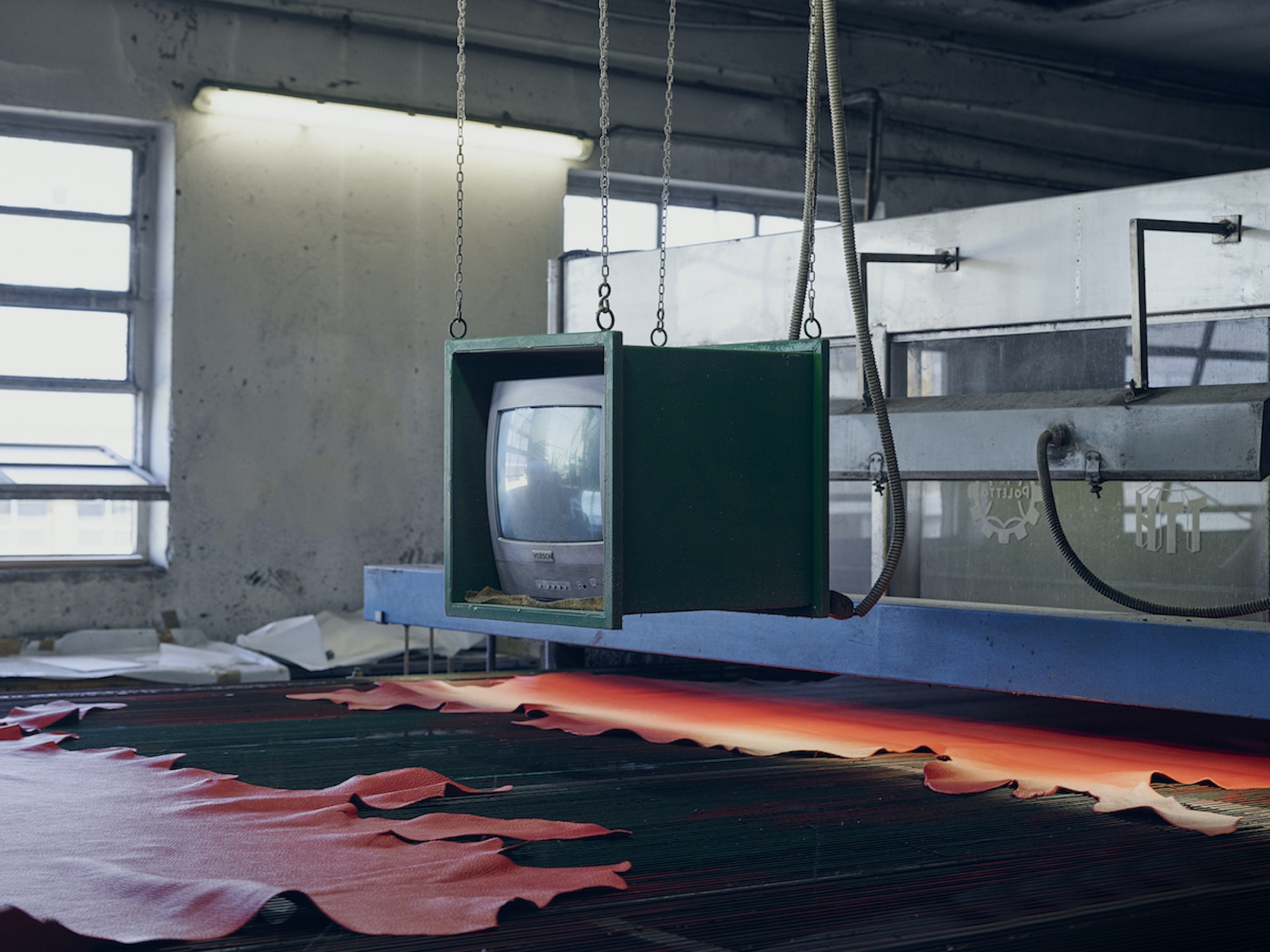 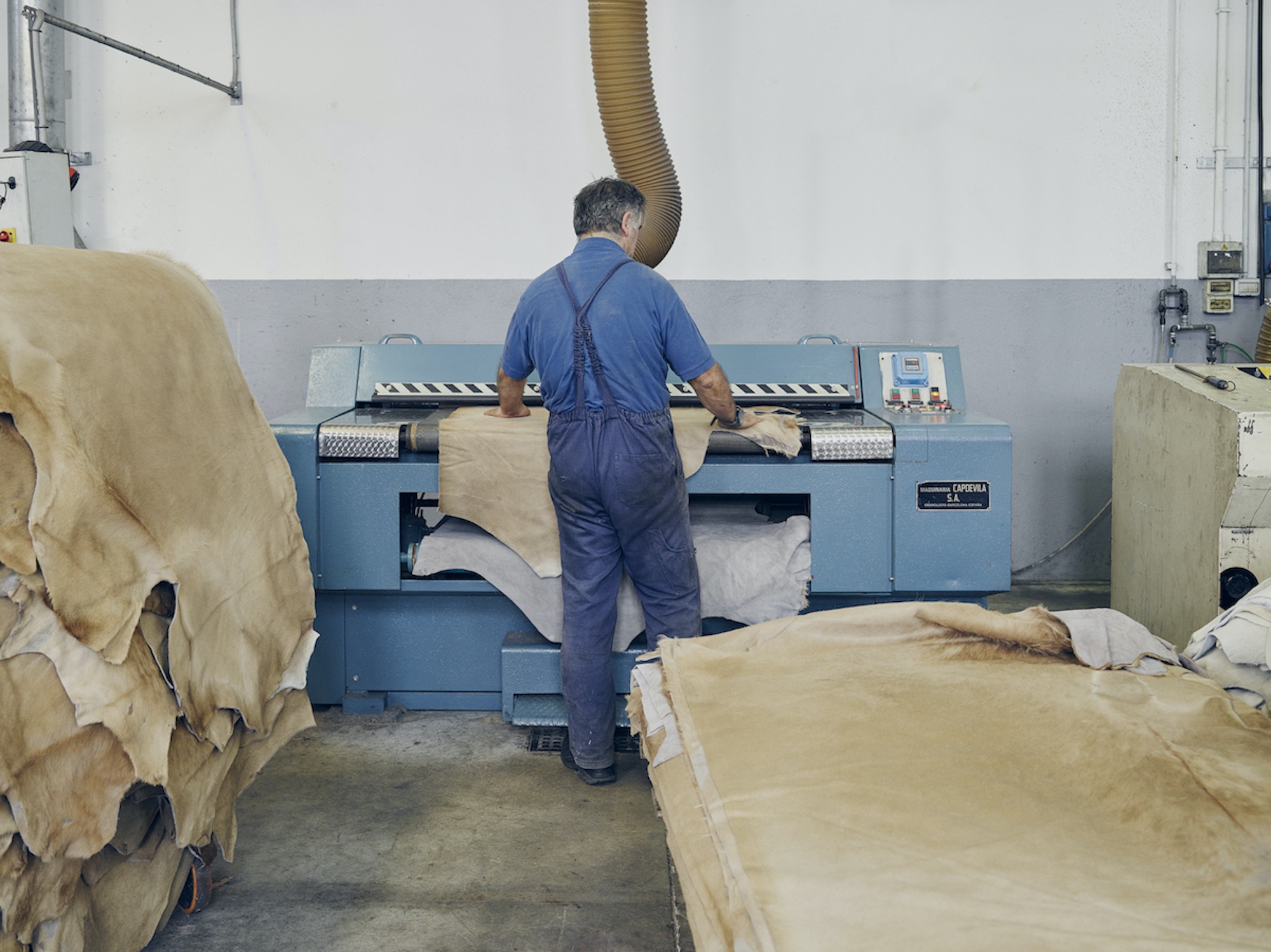 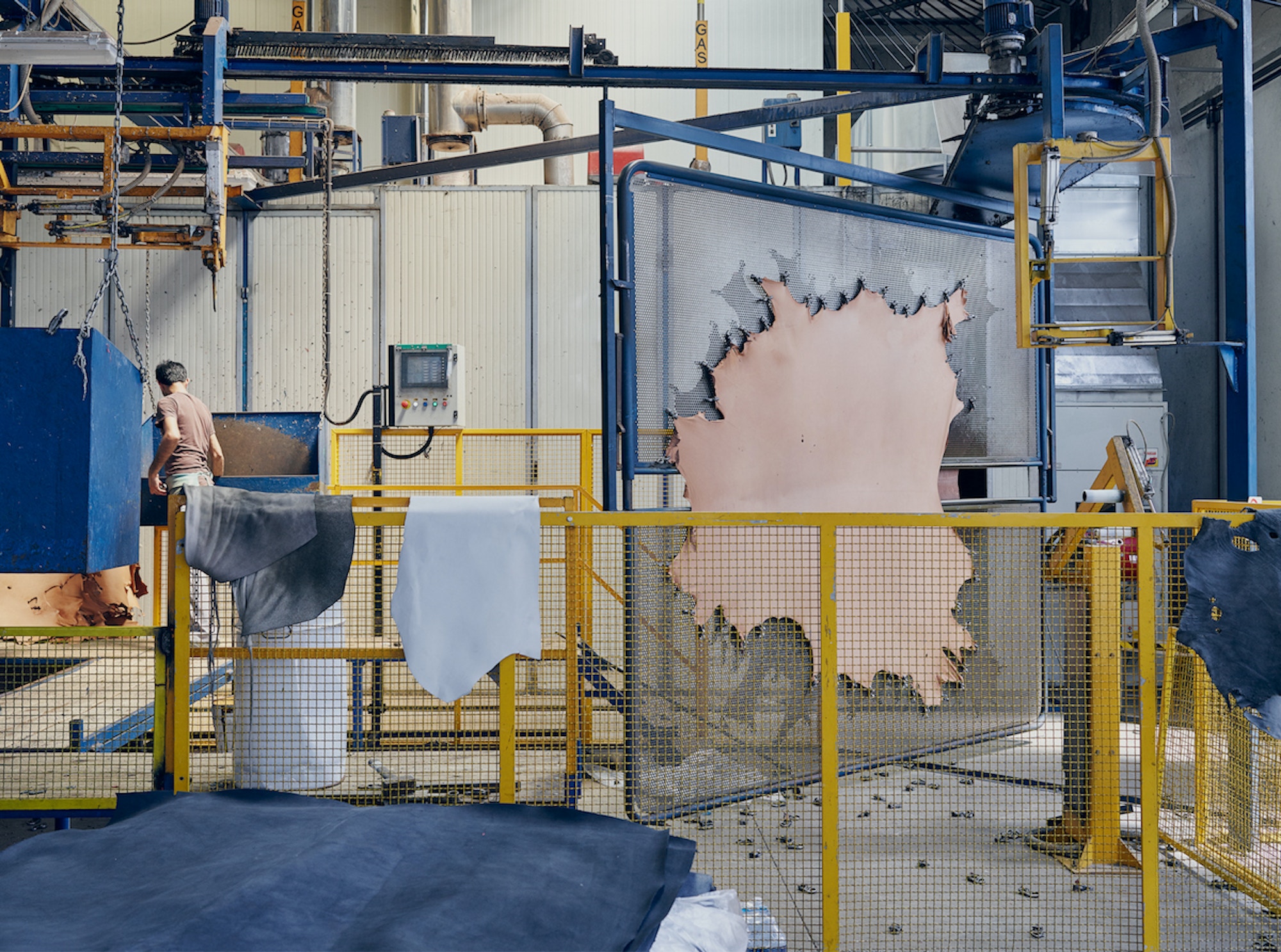 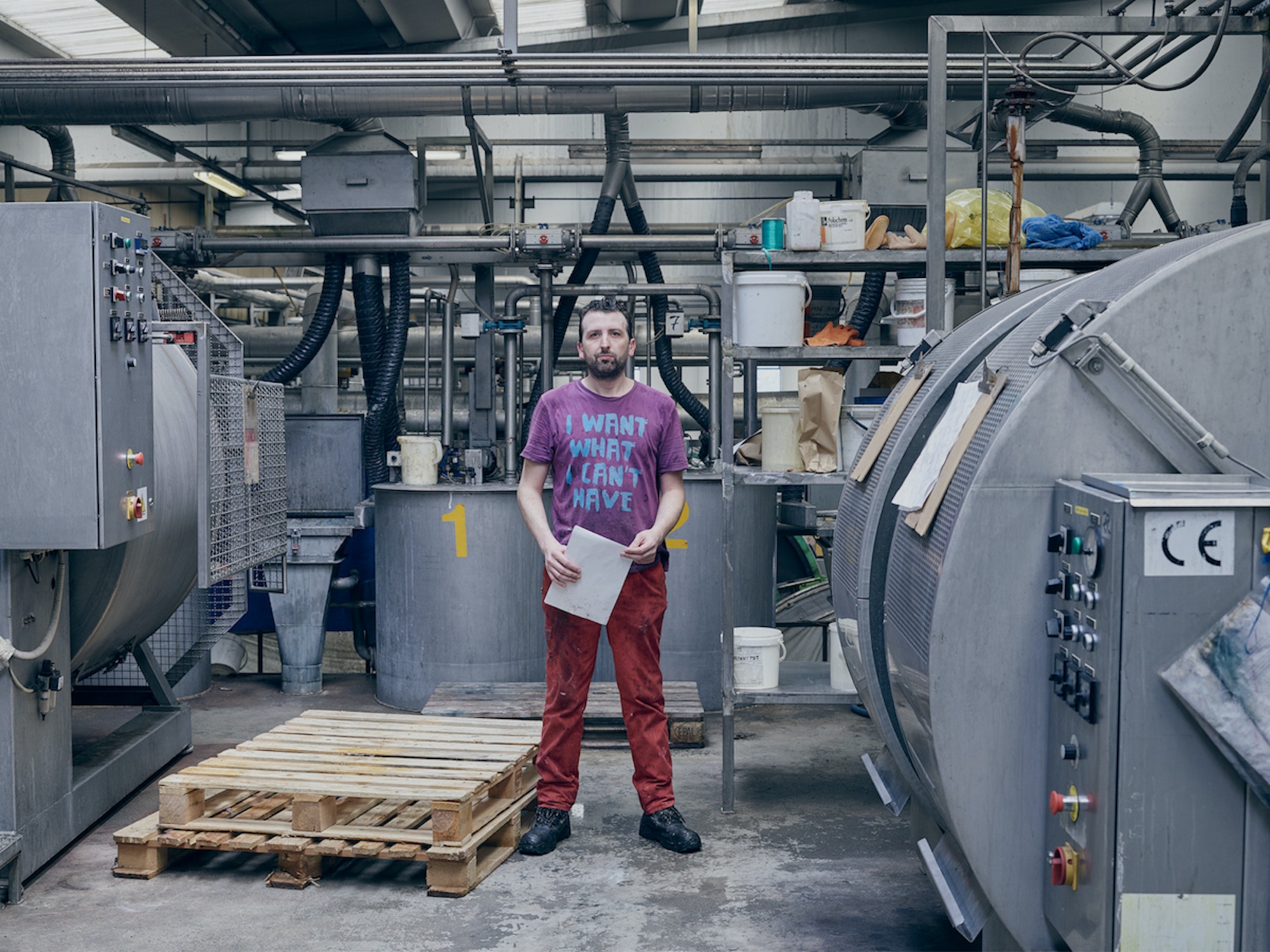 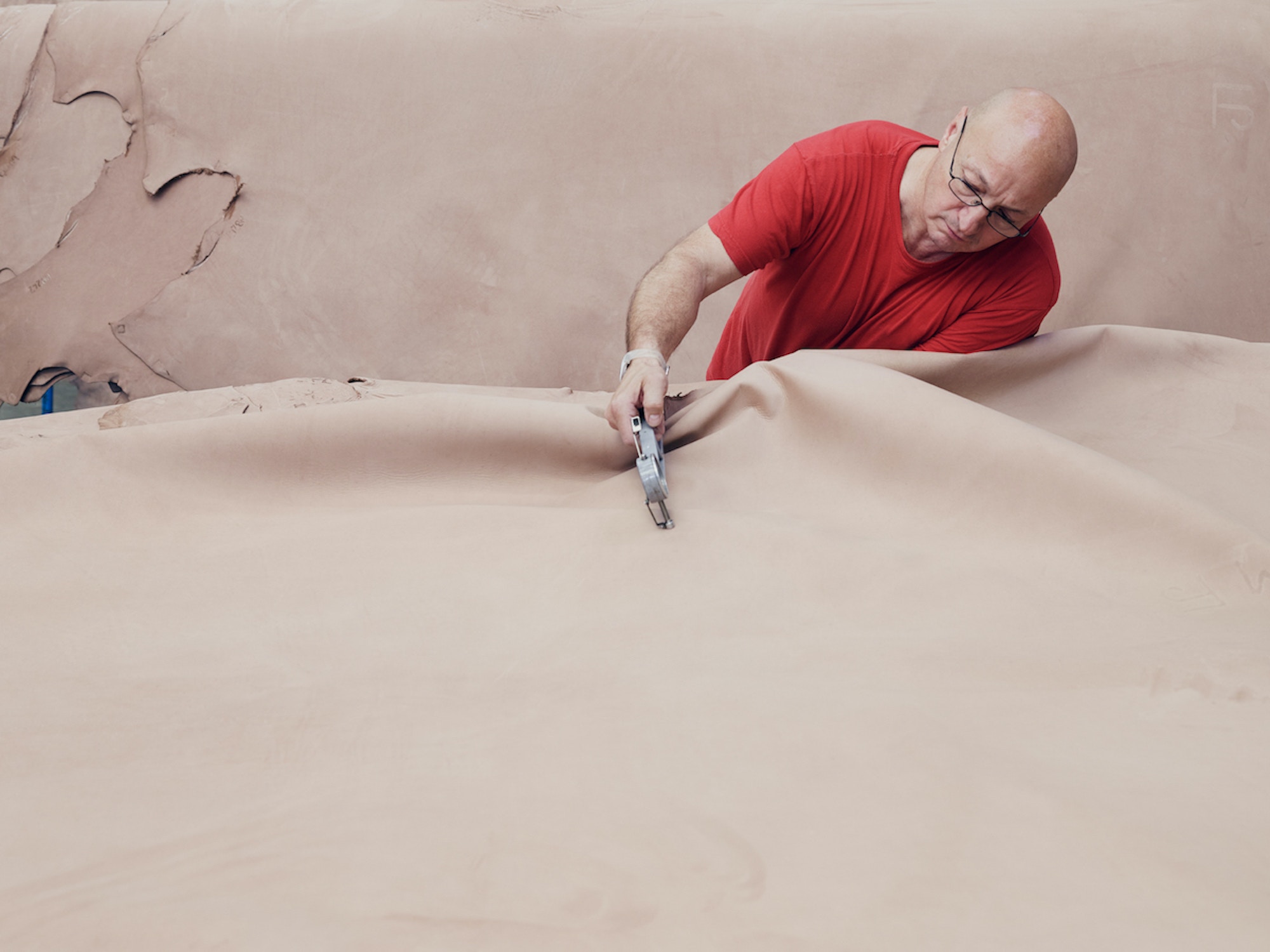 The original shot list in the brief was for between 30 and 40 shots, but because we shot over the course of a week, I sent through a large edit; I’d say it was 250 images, and I never normally supply so many. The client came back twice over the summer requesting more images, which Blink renegotiated usage for. In total I think they used about 50 or 60 images, because they liked them so much.

There weren’t many challenges in this job; it all went incredibly smoothly, which is quite rare. I know the shoot worked out well because the client told me how happy they were, and the fact that they wanted to feature the images so quickly on their Instagram feed. Quite often when there’s lots of layers involved (with an agency for example), it’s really difficult to judge whether you’ve done a good job or not. But in this case, it was very immediate. The fact that they kept coming back for more images was a good signifier.

I was shooting for Maharam again in New York last week, this time to shoot their design teams in SoHo, Manhattan. The company are very considered about their image, but again it was quite free, which is the beautiful thing about working with this company. 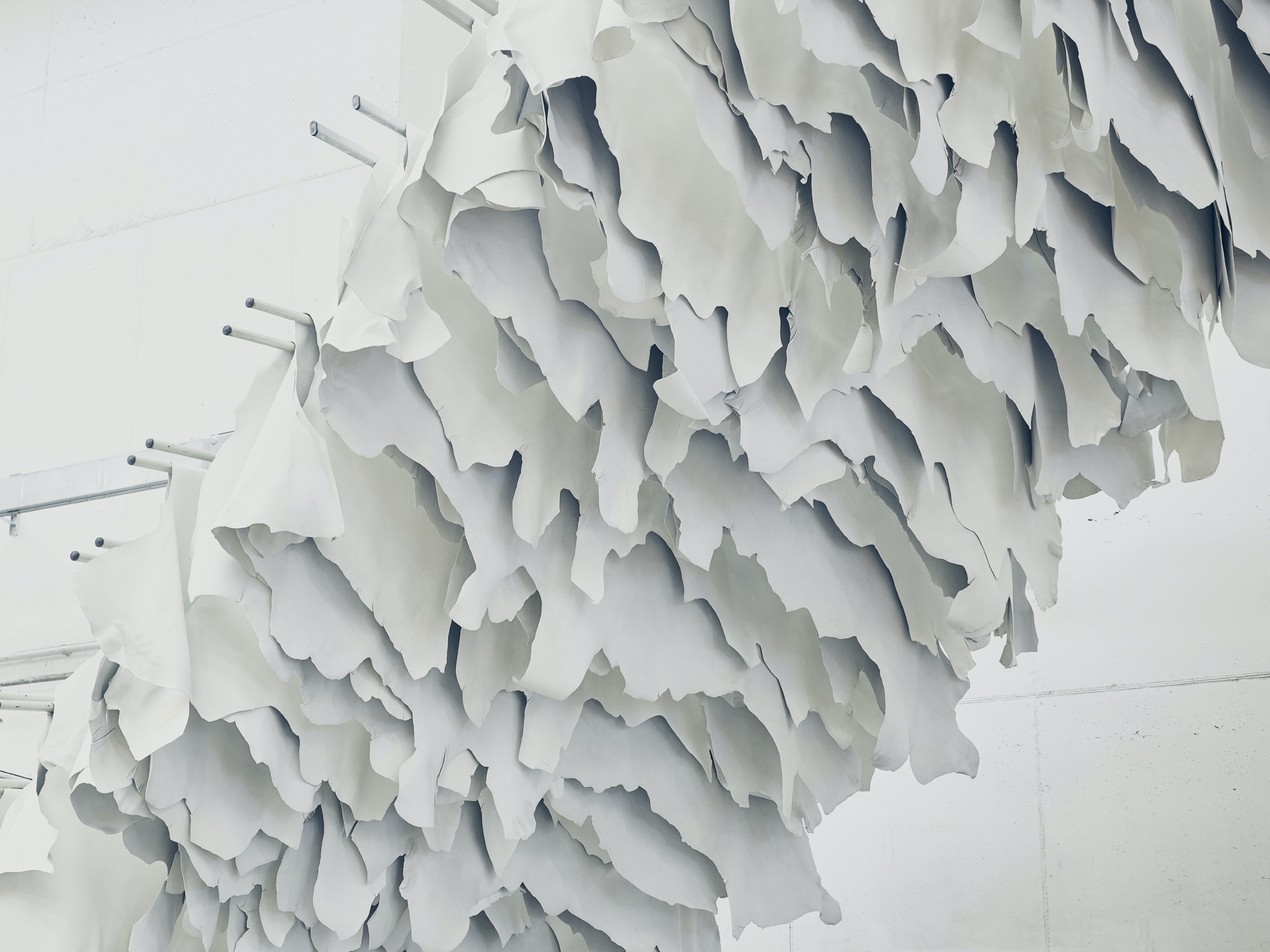 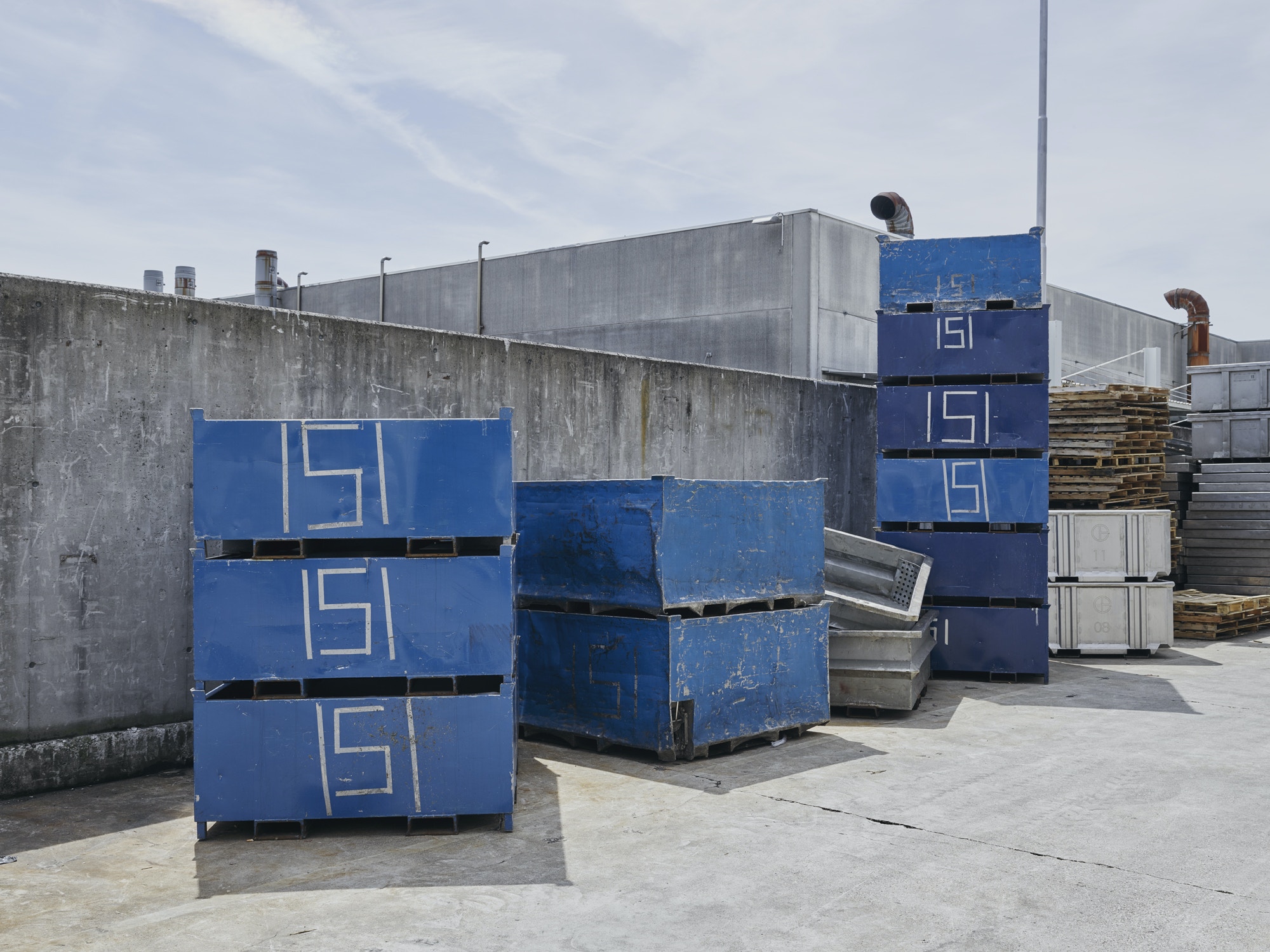 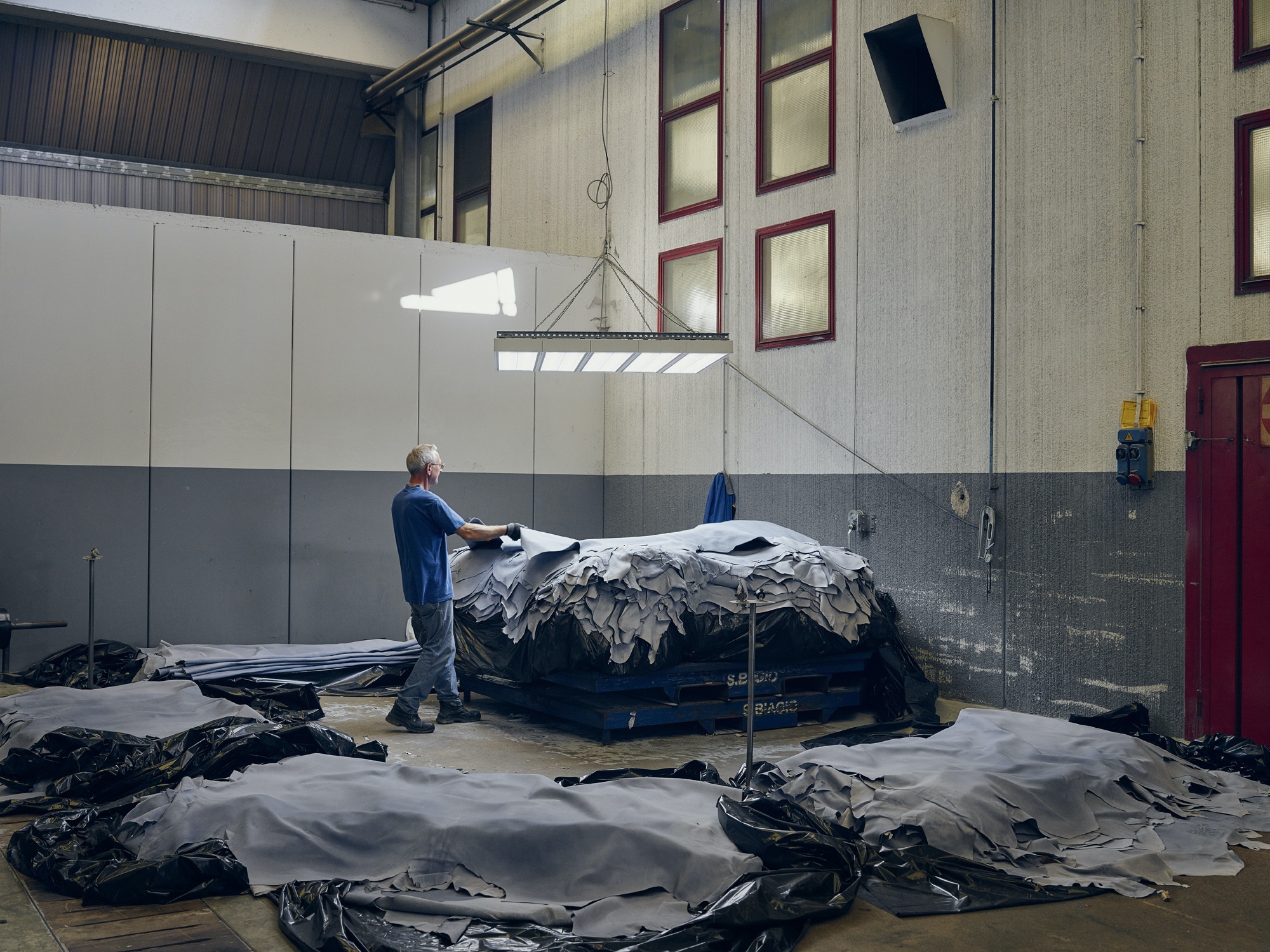 Director of Photography Steve Annis on flunking film school, working for Florence and the Machine and staying relevant